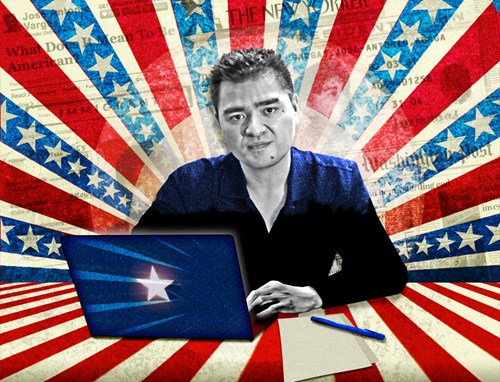 Pulitzer-prize winning journalist Jose Antonio Vargas describes the cultural and political significance of the growing APIA population, and why it’s critical that we vote and use our voices. Vargas publicly came out as undocumented in The New York Times Magazine in June 2011 and founded Define American to elevate the conversation around immigration. Early this summer, he appeared on the cover of Time shortly before Deferred Action for DREAMers was announced.

These are twin reasons why 18MillionRising.org should be a destination – a welcome and necessary platform – for the 18 million people who comprise the diverse, vibrant, and rising Asian and Pacific Islander community in America.

It’s been a banner year for all of us. Toward the end of winter, Jeremy Lin dribbled and slam-dunked his way into the American consciousness, at once breaking and transcending stereotypes about who we are. The impact, make no mistake, was felt outside the basketball court (I don’t know about you, but I stood at least two feet taller the moment I saw Jeremy Lin on the cover of Sports Illustrated).

A few months later, something akin to a demographic Linsanity made headlines: the APIA community, according to Pew Research Center, has passed Hispanics as the largest group of new immigrants to the United States. At 18.2 million, we make up 5.8 percent of the total U.S. population, enough to tilt the balance of electoral power in key states and cities across America. Asian and Pacific Islanders are not just settling in California and New York; together with Latinos, we are changing communities in towns big and small across the South and the Midwest.

Like most in the APIA community – over 60 percent, to be exact – I was born overseas, before my mother in the Philippines sent me to America to give me a better life. I was 12. Being Asian, being Pacific Islander, in America in the mid-1990s in the San Francisco Bay Area was a precarious experience. My name, Jose Antonio, couldn’t scream more Latino. Yet to most I looked Asian. In a country so long defined by the black-or-white duality, I didn’t know where an Asian guy with a Latino name belonged. A few years later, when I discovered that I didn’t have the right papers to be in America – that the flag I had been pledging allegiance to had no room for me – my predicament grew more complicated.

In this critical election year in which every vote and every voice will count, please do not throw away your vote or your voice

Jose Antonio Vargas is an award-winning journalist and founder of DefineAmerican.com.