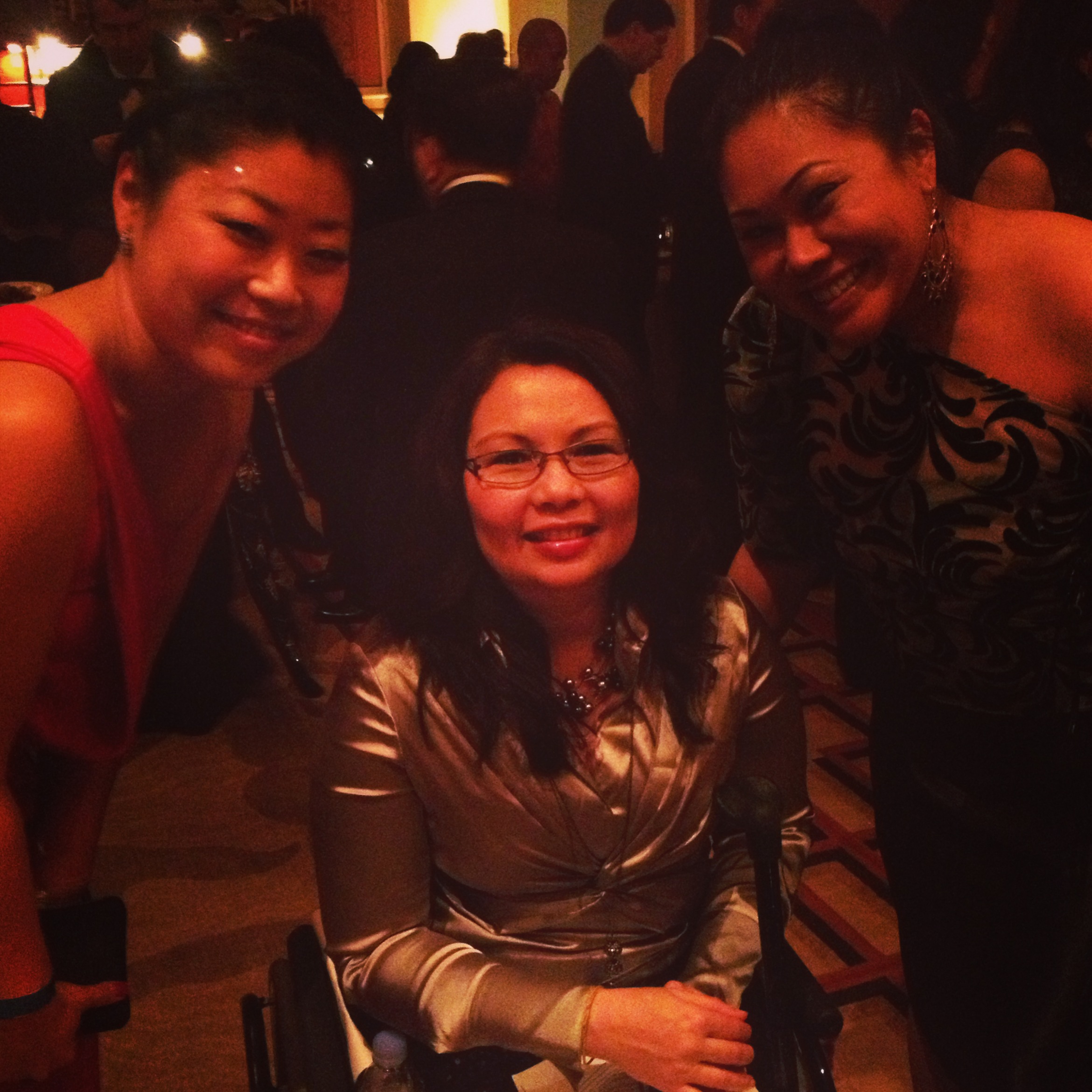 It’s been a week since the Presidential Inauguration and I’m still thinking about all of the people I was fortunate to connect with, both old and new. My first conversation began with Ms. Janie. Our entire flight, including a layover in Chicago, we sat next to each other. She joked that no one wanted to sit in between us because she looked scary wearing a mask covering most of her face. In reality, she wanted to stay germ-free because she’s fighting and beating lung cancer. She was told she only had 4-6 months, but 4 years later with 4 daughters, 12 grandchildren, and 10 great grandchildren, she’ll be going to the inauguration to see our President get sworn into office once again.

I had numerous conversations with strangers just like Ms. Janie, who were all excited to be going to Washington DC for the inauguration. For me, I was nostalgic about going to DC. This is the city I used to live in, and at the time we were fighting for many critical social services and programs that serve our community. A few years after I had left, I was fortunate to attend the first inauguration of President Obama. Once again, the entire week felt like a never-ending celebration.

While attending the White House Asian American and Pacific Islander Initiative (AAPI) Welcome Inauguration Briefing, we learned of the tremendous growth of our community and what our government was doing to best serve us. Issues of education, health, and immigration were hot topics of the day. In his opening remarks, Secretary of Education Arne Duncan noted that for our immigrant communities, early childhood education is key. Throughout the day, it was a warm welcome to hear speakers at the podium agree on the needs of our community.

Following Secretary Duncan, a common thread was shared from each of the prominent APIA speakers throughout the program.  When listening to Dr. Howard Koh, Assistant Secretary for Health, and Tina Tchen, Assistant to the President and Chief of Staff to the First Lady, they shared their family stories and it was clear that our collective immigrant history is part of what bind us together.

In addition to learning more about the issues at stake during President Obama’s second term, it was also a time of celebration. At the Pearl Presidential Inaugural Gala, a special ball that brings together members of Congress and AAPI leaders, we heard from our newly elected AAPI Congressional leaders. From Congresswoman Tammy Duckworth, the first Asian American woman elected to Congress in Illinois and the first member of Congress born in Thailand, to Congressman Mark Takano, the first openly gay person of color in Congress, we had a lot to celebrate.

The celebrations continued in frigid temperatures on Martin Luther King Jr. Day when President Obama was publicly sworn into office.  His speech touched on a number of issues, like gender equality, same-sex marriage, climate change, the economy, and of course, immigration.

“Our journey is not complete until we find a better way to welcome the striving, hopeful immigrants who still see America as a land of opportunity; until bright young students and engineers are enlisted in our workforce rather than expelled from our country,” stated President Obama.  As we stood shoulder to shoulder with strangers, trying to keep warm, we all cheered in agreement.

Tomorrow, President Obama will be speaking in Las Vegas, Nevada to outline his agenda and push for immigration reform.  We know it will be a tough fight, but with the elections behind us, we can hold our elected officials accountable for real immigration reform that keeps our families together.  Fresh from the celebrations in Washington, DC, Im cautiously optimistic.