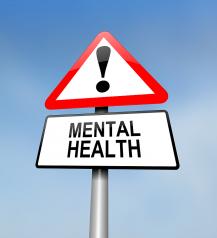 On December 14, 2013, Adam Lanza killed seven adults and 20 children in the town of Newton, Connecticut, including his mother. As the media frenzy began, stories emerged on the reasons behind Lanza’s actions and what could have, if anything, prevented them. Speculation grew about Lanza’s unconfirmed diagnosis of Asperger’s syndrome, his usage of guns, and his love of video games.

As individuals grapple on how to respond to the epidemic of mass shootings, there is a renewed examination of the mental health system and the unmet needs of people with mental illness. For many families, communities and institutions, this marks the start of a national dialogue on this issue. Meanwhile, community-based advocates and others working in the mental health field have been on the frontlines, sounding the alarm.

Policymakers at the state and federal level are addressing gaps in the mental health system in the form of proposed bills and executive actions. On January 16, 2013, President Obama released a plan on reducing gun violence, with a number of executive orders on mental health care. The Senate Committee on Health, Education, Labor & Pensions held a full hearing on the state of the mental health system, with testimony from officials representing federal agencies the following week.

The following are excerpts of their comments:

What do you think most people do not understand about mental illness and violence?

What do you want to share with the general public about the needs of AAPIs with mental illness, in particular within the mental health system?

[AAPIs] need to overcome the barriers to treatment, come up with solutions, and work on anti-stigma campaigns to overcome the fear and distrust of mental health providers and systems. [We also need] more funding for AAPI consumer-run programs. – JG

In spite of the image of being the “model minority”, AAPIs, like any other population, experience the full range of mental health problems, from those who will never have a serious problem to those with severe and life threatening problems that need attention…The issues facing AANHPIs [Asian American Native Hawaiian Pacific Islanders] are complex and reflect the great diversity within and between the various subpopulations. These differences are reflected in the different levels of historical trauma, specific cultural values and belief systems, language needs, generational differences, acculturation levels, and individual factors facing the individual/family/community. Improving the current workforce is critical to meeting the unique needs of the community and must include bi-lingual paraprofessionals, as well as consumers who can be trained as Wellness Coaches. Mental health for AANHPIs encompasses all aspects of the person’s life and experiences, including immigration status, education level, loss of status, racism, homophobia, and other factors impacting a person’s overall health and well being. – DJI

Despite the tragic events that prompted this attention on the mental health system, perhaps it is a constructive step forward.

What are your thoughts on this issue? What are some actions AAPI communities should take when it comes to including and welcoming the voices of AAPIs with mental illness?