Actor and producer Dante Basco sounds off in this 18MR exclusive about his new comedy “Hang Loose” co-starring KevJumba – which is directed by, produced by, and starring Asian Americans. As founder and executive producer of Kinetic Films, Basco’s goal is to generate more visbility for Asian Americans in media, beyond mainstream cliches and stereotypes.

I’m Dante Basco, and I’ve been an actor for more than two-thirds of my life in this crazy town of Hollywood. I’ve done so much as an actor over the last twenty-five plus years, including being discovered by Stephen Spielberg in the movie Hook as Rufio, the leader of the Lost Boys, to being the voice of Prince Zuko, in Nickelodeon’s Avatar: The Last Airbender.

I’ve been fortunate to have a very successful career in this crazy industry and over the last few years, and I’ve been awarded a handful of achievement awards from the Asian American community as a pioneering figure in Hollywood. Of course, I humbly accepted the awards and I understand the importance of some of the characters I was able to portray, but I always felt that I’m just an actor who’s been able to keep his boat afloat out here…while feeling that there was more I could do for the community.

Well, maybe I’m getting ahead of myself. See, throughout my career, I never saw myself as an “Asian American” actor…I was just an actor, like many of my friends, trying to book the next job and make something of myself. One thing I was able to see after all these years – is that this industry is not on even ground when it comes to race. I’m not here to complain or say “Woe is me” – in truth, I’ve been more successful than most actors coming to this town, regardless of what race they are.

But what we’re faced with is an industry that hires based on race and what you look like. That is the first barrier you have to get past in the casting process: are you someone that “looks the part”? Now this where the rub comes in for Asian Actors, well, all ethnic actors quite honestly. The majority of roles are written for Caucasian actors. When you look at the amount of roles written for ethnic actors every year, you might find it staggering how few there really are. And when you look specifically at Asian roles, it’s even more limited. In order for things to change for our community, we have to change them ourselves.

I’m very proud to be a part of the team putting this company together, Kinetic Films. I found myself at a place in my career where it was time to really earn some of these role model and achievement awards. It’s time to not just lead by the quality of my acting work; but to lead by producing content and employing Asian Americans; to help nurture and culivate the next generation, actors like Kevin Wu and directors like Ryan Kawamoto. We’re slated to put out four films a year. We’ve finished filming our first three and I’m currently writing the fourth, a musical for AJ Rafael called Red Roses . 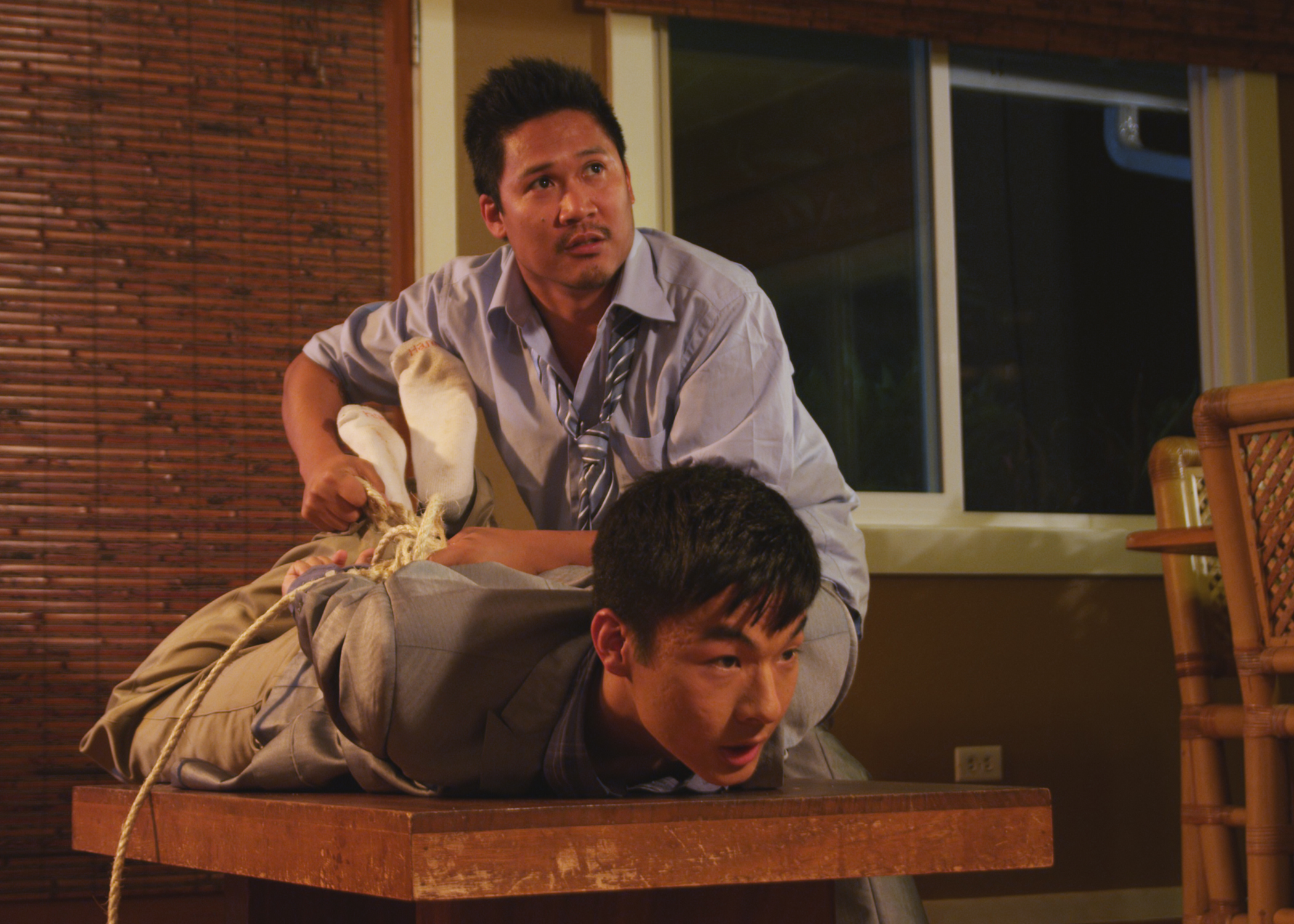 Dante Basco and Kevin Wu aka KevJumba in “Hang Loose.

Making these movies and helping to create this genre for our community is amazing. It’s so much bigger than me and my career; it’s bigger than any of us involved. The Asian American explosion in America is about to happen; we are on the cusp of it all – whether it’s through film, music, or all the great talent coming from YouTube. It’s our time and we’re developing our voice as a community. But not only do we have to create it, we have to support it. Sure, some Asian American performers will cross over into the mainstream, but if we create and support our own content and talent, we will always have a viable voice in American media and pop culture.

Thanks Dante and Kristina! Production stills courtesy of Kinetic Films.

Read more about Hang Loose and Kinectic Films in this recent HuffPo article.