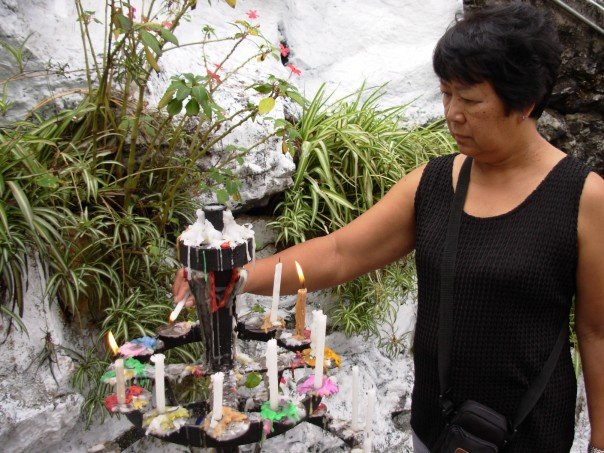 Filipinos know about extreme weather. It’s a republic of more than 7,000 islands that sits on the Pacific Ring of Fire, making it prone to earthquakes, typhoons, and volcanic eruptions. In America, they’re called “natural disasters.” In the Philippines, it’s “weather.” And then Super Typhoon Haiyan (Yolanda in the Philippines) happens… Naderev “Yeb” Saño described the phenomenon succinctly and accurately — “madness.”

When Filpinos start worrying about weather and commenting on it, it’s time for all of us to take note and pay attention.

I remember watching the news as a kid growing up in Nyack, NY when Mount Pinatubo erupted at the same time that Typhoon Yunya arrived—both struck the same province in 1991. The scenes of the aftermath on the television were my first visual interaction with the Philippines outside of photographs. I remember being saddened by the lives lost, troubled by the images on the screen, and amazed by Mother Nature. When I talked to my mom about my feelings about the destruction, her demeanor struck me as surprisingly nonplus, especially given the fact that both of my parents were raised in Luzon, the province that had just been hit by the second largest eruption on land in the 20th century and a typhoon. I, on the other hand, was completely distraught from watching and reading the news. My kid self got mad that my mom wasn’t as upset as I was. So I asked her, incredulously, “How are you not more upset?

My mom, and now dad too, went on to tell me about life in the Philippines. They told me all about how, sometimes, a mudslide will go through an entire town after a rainfall; that floods will carry away your car every few years; and that when it’s a bad one, the community comes together to put things back together. My parents tell me this with a slight smile on each of their faces and a little chuckle that read like an, “oh, honey, remember when…” That was their life before coming to the States in the early 1970’s. In the Philippines, you just had to learn how to cope, say a little bahala na, and work together to rebuild. It takes a lot to faze the Philippines when it comes to weather.

But just days ago, the Philippines was ravaged by the strongest tropical cyclone to ever make landfall in recorded history — a “hellstorm.” CNN reports that, according to authorities, at least 9.7 million people in 41 provinces were affected by the Super Typhoon Haiyan. Meanwhile, just weeks ago, a 7.2 earthquake rocked the central province of Bohol. And it hasn’t even been a full year yet since Typhoon Bopha, the strongest tropical cyclone to ever hit the province of Mindanao, raged on the Philippines.

Climate changed and it’s high time we confront that reality and start dealing with it. Yesterday, the Philippines’ climate chief Naderev “Yeb” Saño took climate change head on. He spoke out during the first day of the United Nations Climate Change Conference, challenging those who still deny the reality of climate change to visit the Philippines — visit the country that’s been hit by two “hundred year storms” in one year. Saño called upon his UN colleagues and their collective ability to “…stop this madness. Right here in Warsaw.” Further stressing the importance of confronting, addressing, and negotiating climate change globally, Saño announced that he is on a hunger strike for the duration of the two-week UN climate summit unless pledges are made to take steps towards addressing climate change — steps like banning dirty energy subsidies, developing climate preparedness programs, and protecting vulnerable nations most at risk.

This is the second year in a row that a record-breaking storm ripped through the Philippines just before the UN climate summit. Saño has twice now strongly, and emotionally, implored his fellow colleagues attending the UN climate talks to come to real agreements about climate change and take meaningful action. Saño’s fast is both a gesture of solidarity for his hometown of Tacloban (the hardest hit city in the Philippines) and a powerful message that delays on tackling climate change are not an option at the UN climate summit. As both an American and a Filipina, I stand with Yeb Saño. I urge you, I urge the world, to not just “feel” for the Filipino people, but to also “do.” I’m asking you to please:

Support Saño’s hunger strike and demand for “a meaningful outcome” from the UN climate talks.

My thoughts and prayers are with all my fellow Pinoys worldwide, but especially to those in the Visayas of the Philippines.

HELP FUND RELIEF AND AID EFFORTS — We are collecting donations on behalf of the 18MR community to give to relief efforts organized by the National Alliance for Filipino Concerns (NAFCON) and Bayanihan Alay sa Sambayanan, also known as BALSA (People’s Cooperation for the People). Every penny of your donation goes to grassroots relief and rehabilitation organizations composed of broad church-based organizations, schools, disaster response NGOs, and individuals, working with victims of disasters in the Philippines.