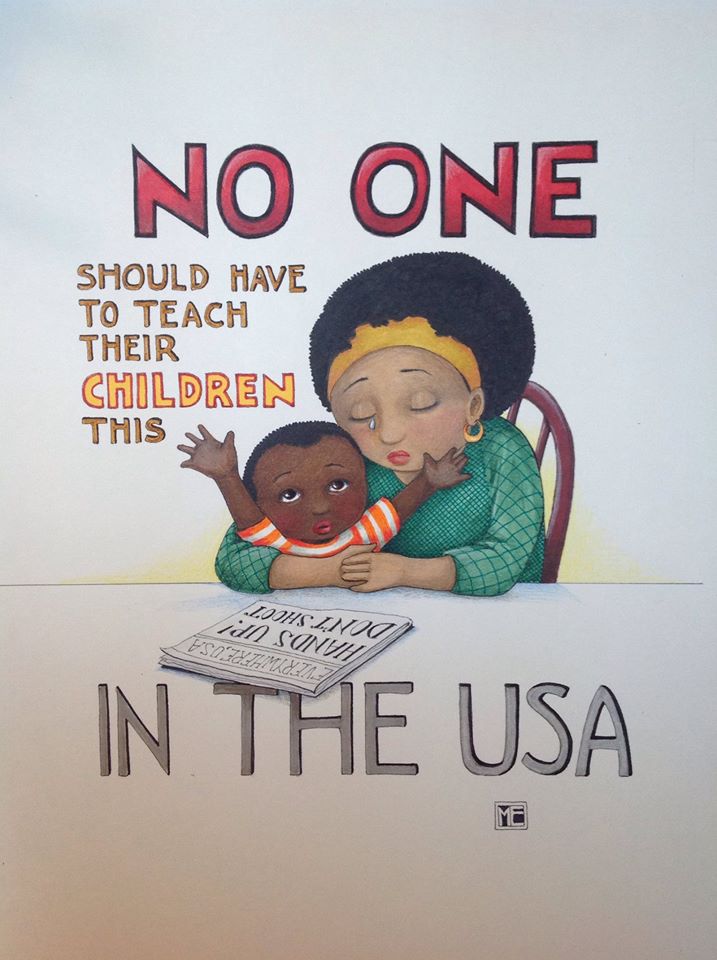 I have to be honest: it’s taken me two days and four drafts to write this post about what’s happening in Ferguson, Missouri.

For the past 11 days, I’ve been gripped by grief and rage about the death of Michael Brown, the unarmed 18-year old Black teen gunned down by a police officer and whose body was left in the street for nearly 4 hours after he died. As a Missouri resident, what’s happening in my home state hits especially hard. But no matter where any of us live, the battle to protect Black lives from police brutality should matter to everyone.

The waves of sorrow and fury I’ve felt about Ferguson have also been peppered with moments of hopelessness and an overwhelming sense of immobility. It’s difficult not to feel foggy-headed and unfocused, distracted by the pain and suffering in Ferguson – and in Black communities all across the country that live day in and day out under the crushing fist of institutional racism and generations of state-sanctioned aggression.

In an attempt to interrupt my own sense of paralysis, I’ve repeatedly asked myself: Why should AAPIs care about Ferguson, and what can we do to help?

The answer is this: As Asian Americans and Pacific Islanders, Ferguson is a call to action and solidarity. While our experiences with racism are not the same as the trauma of racism lived by Black people, there are plenty of reasons to be enraged about the damage being wrought by systemic oppression. If we as AAPIs fail to act, if we remain silent and choose to fill the shoes of the “model minority,” we have chosen the side of oppression.

Today, you and I can choose to disrupt the status quo and demand justice for Michael Brown – and it doesn’t require living in Ferguson or even traveling there. Here are three things you can do right now:

At this very moment, the situation in Ferguson is growing increasingly worse. Community organizers, journalists, and residents are facing brutal assaults on their safety and civil rights at the hands of a militarized police force; officers in tanks and clad in riot gear are firing rubber coated bullets and smoke grenades into crowds of peaceful protesters; and the police have turned to raiding churches and safe zones where protestors are storing the materials they need to treat those who are teargassed and otherwise injured.

AAPIs cannot stand on the sidelines. As Soya Jung, Senior Partner at ChangeLab says, “… Asian Americans often end up somewhere in the chasm between blackness and whiteness – whether pushed there, largely invisible and struggling to dodge the crossfire, or diving in to eagerly reap the rewards of non-blackness. Our options are invisibility, complicity, or resistance, and black rage is a clarion call for standing on the correct side of the color line, for reaping the collective rewards of justice … I choose resistance.”

Let’s channel our sorrow and immobility into power and action. Let’s step into solidarity to fight for the humanity and civil rights of Black people and communities. Let’s be the change we want to see in the world.

(The illustration is of a print created in response to the killing of Michael Brown by Mary Engelbreit, a renowned artist and St. Louis resident. You can purchase a copy of the print here. All proceeds from print sales will go directly to the Michael Brown Memorial Fund.)