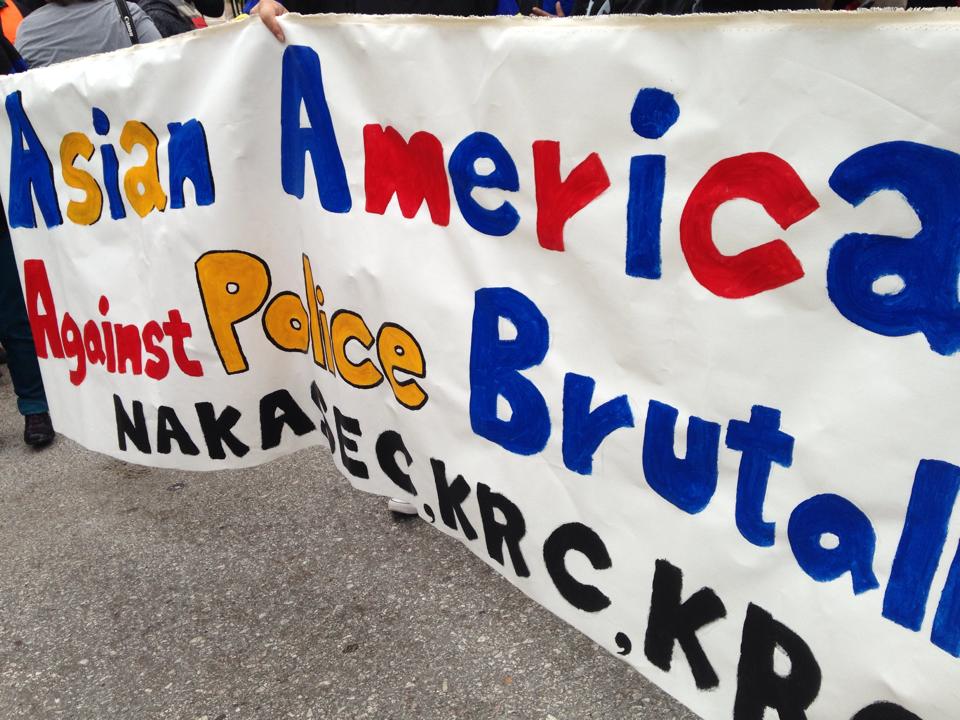 Just over a week ago, I slid into my car and drove away from #FergusonOctober. Buckled in and gearing up for the 4-hour drive back to Kansas City, all I wanted to do was sing. I sing a lot – the most when I’m alone – and singing is often an escape route for my silenced stories and tucked-away emotions.

With my heart full of all I had seen and heard during #FergusonOctober, I immediately called upon the musical companion I most wanted with me on the westward journey home: Richie Havens. Havens’ deep, raspy baritone tumbled through the speakers and bounced off the windows like a monarch desperately beating its wings against a wide open world it can see but cannot touch.

… Come here where your ears cannot hear. And close your eyes, child, and listen to what I’ll tell you. Follow in the darkest night the sounds that may impel you And the song that I am singing may disturb or serve to quell you. “Follow,” by Richie Havens

These words in particular twisted out tears I wasn’t prepared to shed. And if there’s anything I know, it’s that tears are always the harbingers of something bigger and deeper.

I’d gone to Ferguson in the hopes of being useful. I desired to have utility and service to Black leadership be momentary counterpoints to the power and privilege (however relative) of being Asian American, and of not being Black. Of being both profiled as “other” while simultaneously not having to wear the same dehumanized Black face at the end of a police officer’s gun. Of not having to carry the multigenerational legacy and body memory of Black enslavement. Of not … Of not… Of not …

Now with distance between me and #FergusonOctober, the questions about how to show up, be useful, and build solidarity continue beyond that single weekend of action. In the story of race in this nation, there is an Asian American narrative to disrupt: the one that frames Asians as the “model minority,” the actors in a play that leverages us as a wedge against other People of Color that both invisiblizes our racial reality while negating those of others. Participating in #FergusonOctober was one opportunity to engage in what ChangeLab’s Soya Jung and Scot Nakagawa call a “Model Minority Mutiny.”

In many respects, usefulness was a relatively simple achievement during #FergusonOctober. I showed up and was able to be 1 of the 3000 people at the flagship rally on Saturday. And I was pleased to see many other AAPIs who made the journey to Ferguson, too. For a good while during Saturday’s snake-like march through downtown St. Louis, the Korean American youth contingent from NAKASEC clanged their yanggeum and thumped their buk in tune with the beating heart of a local step crew’s 5-gallon bucket and brass horn. In that side-stepping, spirit-exalting moment, I could see Black/Asian solidarity enlivened.

It was important not simply to show up as an eager-to-participate AAPI person representing an AAPI organization, but also to throw down – and throwing down meant resource sharing. Arriving at #FergusonOctober empty-handed was not an option for 18MR. In the three days before the weekend of action, we ran a small fundraiser and managed to gather $800. We used those resources to help #FergusonOctober activists in the best way we knew how: purchasing sign making materials; bringing 4 dozen donuts for volunteers; giving away hundreds of granola bars and snacks to hungry folks whose whole days were spent at rallies and workshops; and providing safety gear such as masks and eye wash in the event that protesters found themselves tear gassed or maced. Every resource we purchased to share was consumed, and it felt satisfying.

But in the midst of the satisfaction of utility, I began to feel an itch. It was an itch that grew hot as I looked around at my fellow AAPIs and began to see something I couldn’t quite describe, like they way I once thought I saw an apparition out of the corner of my eye but which disappeared when I turned my head. I made note of the fleeting unease, placed it aside, and attempted to yoke myself more tightly to People of Color allyship.

By day three of #FergusonOctober, my backpack of snacks and gear was empty and my body wasn’t needed in a throng of daytime street marchers. But calls for usefulness from local leaders prevailed, and I was asked to help the #FergusonOctober communications team sign in and greet members of the press during the Hip Hop & Resistance event. For several hours, I stood in drizzle and rain with Mariana Ruiz Firmat (of Presente.org) scribbling names on a page and repeating “go on in, and just let the guys at the door know you’re with the press.” Being useful to Black leadership in Ferguson came packaged in many ways.

It was there in the rain, as I casually chatted with journalists and watched #FergusonOctober protesters lining up for what was a radical and star-studded musical protest, that I felt it again – the feeling of dis-ease that I set aside the day before.

I looked around at several Asian Americans in the crowd and recognized an earnestness that bordered on the sharp edge of trying too hard. I heard proclamations of “not being THAT kind of model minority” that felt more like calls for affirmation and approval from Black people. I saw a strained exuberance that made me uncomfortable. I heard conversations that sounded more like commentary about being “down.”

My unease began to take shape, began to make sense. The spectacle before me grew clearer as I saw what appeared to be an exaggerated AAPI performance of allyship that was as much about the unspoken shame surrounding the power and privilege granted on us because of our model minority status as it was about a true, deep desire for solidarity with Black folks.

Then I asked myself, “Am I doing this, too?” I wasn’t totally sure.

What I do know for sure is that going to something like #FergusonOctober makes it easy for Asians like me to publicly proclaim solidarity. It’s easy to raise our voices in a march, to bang a political drum in unison with others, to publicly announce to radicals around us that we’re not like the other apolitical model minorities that people may know. Public-facing actions also make it easy to perform solidarity in an enthusiastic attempt to prove that – despite our preassigned racial script – Asians are here for the struggle, too.

What is more difficult to exercise than public performative solidarity is living into sustained, long-term solidarity that doesn’t exist in front of a television camera or behind a mic on a large stage. This is the challenge to us, Asian Americans. This is the opportunity to think hard and thoughtfully about resource redistribution; about shared powerbuilding that doesn’t rely on our lowest common denominators; about continuing to bring all we can to moments that demand our presence; and about finding other ways to address whatever shame or guilt we have about being the model minority wedge. All of these things demand that we not only support the work of Black people fighting for their humanity, but that we also push to connect AAPI communities to larger struggles against anti-blackness and colonization that illuminate – not diminish – our own racial oppression.

Today, people across the country are gathering in a National Day of Action to continue fighting against police brutality – because #FergusonOctober is more than one weekend long. On this day of action, I ask Asian Americans (including myself): “What are we doing to sustain solidarity? How are we going beyond public performance in ways that call us into accountability? And how are we igniting a Model Minority Mutiny?”

These are the fundamental questions for us today and every day, the ones that ”may disturb or serve to quell” us. I invite you to join me in grappling with them and seeking the answers – for ourselves and for our communities at large.