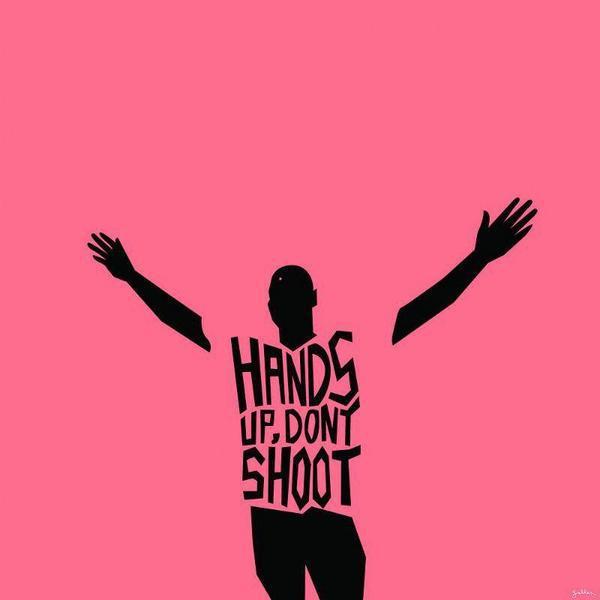 Today, I’m getting into the car and driving 4 hours across the state of Missouri to participate in #FergusonOctober. I’m anxious, nervous, hopeful, and scared. To tell the truth, I’m intensely scared after Wednesday’s police-related shooting that ended in the death of Vonderrit Myers Jr., and which contributed to last night’s protests, tear gassing, and shameless police intimidation.

Like a lot of people, I’ve had Mike Brown on the brain since August 9th, the day he was gunned down by Darren Wilson and left lifeless in a street for over 4 hours. Now I’ve got Vonderrit on the brain, too. And this doesn’t even mention the innumerable unnamed and/or blatantly ignored Black women and men who are killed, imprisoned, and abused at the hands of those whose vow is to “protect and serve.”

I make no bones about the fact that what’s going down right now in Ferguson and St. Louis is distinctly about the horrors and systematic dehumanization of Black people all across this country. “Hands up, don’t shoot” is a potent incantation responding to police brutality, racial profiling, and state sanctioned violence. It is a radical swansong crooned into the barrel of a gun.

And it’s not my song to sing.

What, then, is my ballad in a world festering with white supremacy and anti-Blackness? What is the score that shapes the life I live as an Asian American in a white world that criminalizes, brutalizes, and demonizes Black people?

The blues I sing are about being a refugee. About growing up “government cheese poor.” About being the yellow boat kid whose life seems to have exploded into the universe simply to be “saved” by white Protestant America. About being the only Asian kid in a white Wisconsin school and vowing my tongue would never speak the lilting, accented language of my mother. About the horror of seeing swastikas spray painted on my great-uncle’s home for months on end because the landlord refused to paint over it. About being 5-years old and having to explain to my non-English speaking grandparents that the prank caller accused us of eating their dog. About being the subject of white men’s concubine sex fantasies.

But if I listen closely – more closely than I listen to anything else – I can hear another tune beating itself out in the 2 and the 4 of my life. These downbeats carry the notes of anti-Blackness, white supremacy, colonialism, and internalized oppression. They sing the song of my participation in marginalizing others, and of all the benefits that come with it – like not having to be disproportionately charged and imprisoned because of racial pathology and getting to be the “model minority” instead. This is the song I get to sing when I get drunk on not having to be Black.

And this is why #FergusonOctober is a battle I must wage, too. This battle demands justice for Black people and a radical transformation of Asian Americans. If I choose to hang back on the sidelines, to not engage in Black liberation while refusing to tackle my status as the “model minority,” then I am as culpable for murder and imprisonment as any other.