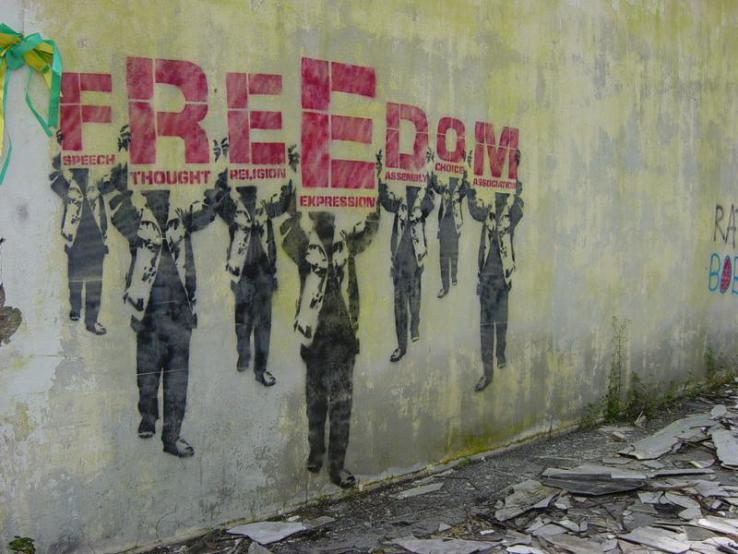 From San Bernardino to Brooklyn to Capitol Hill, the fight over encryption has boiled over this past month. But who’s paying attention? The basic security feature all of us depend on daily to protect our online payment transactions, message content, and other personal data is increasingly taken for granted. And for many Americans, when the debate shifts to government surveillance it’s met with a shrug and a retort: “I have nothing to hide.”

Communities of color don’t have the luxury of such complacency. For too long, unwarranted and unconstitutional surveillance has targeted the most vulnerable Americans – people of color, immigrants, welfare recipients, and political activists who challenge the status quo. In a political moment of heightened xenophobia, profiling, and over-policing, encryption has become a key civil rights protection for targeted communities. As some presidential candidates clamor to portray themselves as advocates for underrepresented communities, we are still waiting for a candidate to emerge as a true champion for civil rights – and thus, for privacy and encryption.

For activists and people of color, strong encryption is essential. “We know that lawful democratic activism is being monitored illegally without a warrant,” Malkia Cyril, executive director of the Center for Media Justice, has said. “In response, we are using encrypted technologies so that we can exercise our democratic First and Fourth Amendment rights.”

But these vital tools are under attack. From the well-publicized Apple-FBI fight to proposed state and federal anti-encryption legislation, we are in the midst of an unprecedented assault on our right to privacy. Too often, those opposing encryption on the grounds of national security are all too quick to exclude the privacy, safety, and security concerns of people of color and other marginalized communities from the body politic they seek to protect. Not to mention that decryption mandates have been widely lampooned by tech experts for opening the door to third-party hackers across the globe. Meaning that weakened encryption capabilities puts everyone at risk.

The promise of security for “average Americans” at the expense of the rights of communities of color has a long history. For centuries, terms such as “national security” and “law and order” have hinged on the policing, surveillance, and exclusion of communities of color – from the era of slave branding and patrols, to the internment of Japanese Americans during World War II, to the 1960s surveillance and intimidation of civil rights and Black liberation leaders like Martin Luther King, Jr.

But one need not look to the history books to see how unwarranted government surveillance disproportionately targets communities of color. Armed with 21st century technologies, government and law enforcement agencies’ surveillance capabilities are vaster than ever before. Today, federal agencies are using these advanced capabilities to monitor and track Black Lives Matter activists as they exercise their First Amendment rights to gather and protest the systemic violence disproportionately affecting their communities. The FBI continues to pursue explicit programs of profiling and infiltration of Muslim American communities. And Immigration Customs Enforcement has been known to use stingray devices to glean identifying information in immigrant populations.

Encryption provides a crucial check on the government’s ability to invade – and criminalize – the private and political lives of marginalized communities. Although the times and the methods have changed, the impact on these communities remains the same, which is why national leadership on encryption is critical.

Reactionary anti-encryption measures like the proposed Feinstein-Burr bill show the danger of legislation based in fear rather than facts. But there are some on the Hill approaching encryption with a nuanced understanding both of the technology and the implications for our civil rights. For instance, Rep. Ted Lieu (D-CA) has worked across party lines to develop and introduce the ENCRYPT Act, which would prohibit state governments from making laws to mandate backdoors or otherwise weaken encryption. The White House, and those vying to next occupy it, would be wise to take a cue from Rep. Lieu.

Facing an unprecedented scale of targeted surveillance, the right to encryption is more crucial than ever for communities of color. The Obama Administration has remained tight-lipped regarding its stance on encryption. But those candidates courting our votes should be clear: we need our next President to do more – to shape encryption policies based not on fear and misinformation, but on the realities of our technological and political climate, and understanding what’s at stake for all of our communities’ ability to live and thrive in safety.

Steven Renderos is National Organizer at the Center for Media Justice.