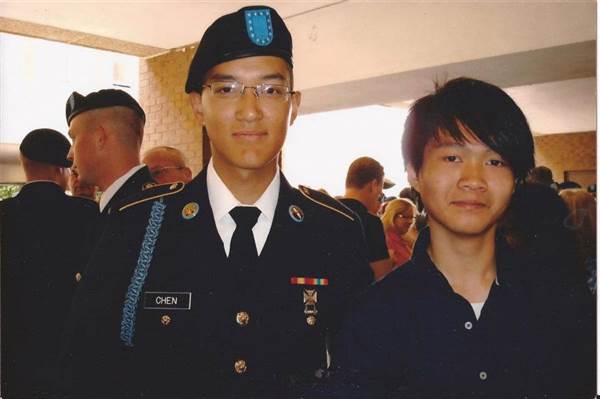 My cousin’s death wasn’t anything ordinary. He died in the U.S. Army after being hazed and racially taunted because he was different. He was called racist names, forced to speak aloud to his platoon in Chinese, our home language, when no one in his platoon understood Chinese. His superiors kicked him, forced him to do pushups with water in his mouth that he couldn’t spit out, and walk endlessly with sandbags tied to his hands. They made him crawl to his post in full gear in blistering heat while his “battle buddies” pelted rocks at him on the day he died. These and many more gruesome things that made his death unordinary. My cousin’s name is Danny Chen, or “Private Danny Chen” as the media has labeled him after his alleged suicide.

After my cousin died, there was a lot of publicity over his death. The cruel treatment he received were highlights to his story. What all those news articles and blog posts don’t delineate was that he was alive before he was a victim of hazing and racist treatment. Though who he was when he was alive wasn’t anyone special at all.

Who Danny was before he joined the military and passed away at 19 years old, was a boy from New York City. He went to public school, was on the high school track team, and played handball. He enjoyed video games like Resident Evil, Zelda, and was exceptionally good at Super Smash Bros. To me, Danny was not known for much and would be best described as every other teenager. This is also what frightens me because I see a little bit of Danny in almost every high school student. What happened to Danny can very well happen to anyone else.

“…I see a little bit of Danny in almost every high school student. What happened to Danny can very well happen to anyone else.”

If I were to group Danny with a bunch of other young men, he would not stand out at all since he was so ordinary to me. Unfortunately, this wasn’t the case for him in Afghanistan. To his platoon leaders, he was different because of his race and because he appeared weaker. From my understanding this is normal in the military, to pick on someone’s differences through physical and mental punishment and mask it under the term of “corrective training.” I fear that the continuing hazing of our American soldiers will only produce more deaths and suicides, and make our country’s military weaker.

My hope for any high school students reading this is for you not to have to go through what my family did five years ago. And most importantly for none of you to have to endure the torture that Danny experienced. This is not an anti-military statement, but there desperately needs to be progressive reforms in the military. Danny enlisted to fight for our country, not to be hazed and racially mistreated. Danny deserved to be treated with respect from those he served with in the military. Please share this letter with your peers in memory of Danny, and especially with those who may be looking for a perspective of the military from someone who lost a loved one to such a senseless death.