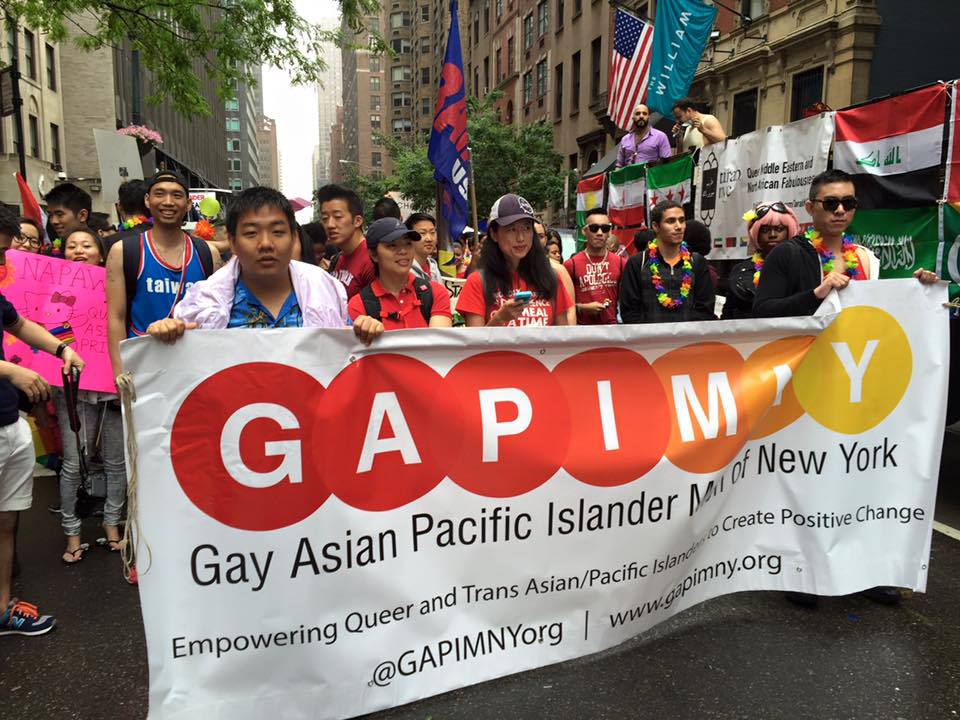 This statement was originally published on Reappropriate, and is republished here with permission.

Since 1990, the Gay Asian Pacific Islander Men of New York (GAPIMNY) has provided a supportive space for our hundreds of queer and trans AAPI members who experience racism, homophobia and transphobia — from strangers, from other social justice movements and even from our own family members.

We will continue to hold that space in the face of homophobic statements made by S.J. Jung, a candidate for New York State Senate who promised supporters that he would try to ban pictures of same-sex couples from school textbooks. Jung’s comments reflect that the prejudices our communities face can come from people who say they are advocates for Asian Americans, immigrants, youth, seniors, or even all New Yorkers. When people like Mr. Jung speak of inclusion and protecting “the rights and freedoms of all,” where does that leave LGBTQ AAPI people?

When people like Mr. Jung speak of inclusion and protecting “the rights and freedoms of all,” where does that leave LGBTQ AAPI people?

If Jung wants to erase us, he’s going to have to work a little harder.

For our 25th year anniversary, GAPIMNY donated its records, which include video footage, flyers, and more documenting queer AAPI history in New York, to NYU’s Tamiment Library, where they are preserved and accessible to community members. This collaboration came about because we knew the importance of preserving our history within a reality that often renders us invisible.

In 1991, we remember when GAPIMNY leaders teamed up with Asian Lesbians on the East Coast (ALOEC) and other people of color groups for the “Heat is on in Saigon” campaign to protest the “Miss Saigon” musical for its whitewashing and misrepresentation of Asians, and to protest the LGBT Center’s partnership with the musical’s producers.

History reminds us that racism exists within the LGBTQ community.

In 2004, we remember when GAPIMNY joined forces with Asian Media Watchdog, resulting in a 200-person demonstration in front of the office building of Details magazine to protest the magazine’s feature “Gay or Asian?” and its stereotypical depictions of LGBT people and AAPIs. Ultimately, the editors issued a national apology, agreed to diversity sensitivity trainings, and promised to broaden its representation of LGBT AAPIs in their magazine. Through these efforts, GAPIMNY also challenged the toxic masculinity of heterosexual and cis-gender members of the Asian American community who saw the association of “Asian” and “gay” as the core problem.

History reminds us that homophobia and transphobia exists within the Asian American community.

History reminds us that visibility, representation and inclusion requires our respective communities to reflect and face internal challenges.

History is not only defined by textbooks and mainstream institutions, but also by untold and marginalized stories of struggle and resistance, including those of queer and transgender people of color, immigrants, and youth. Along with other community groups, GAPIMNY will continue the work of fighting for social justice. We urge Mr. Jung and other community leaders and elected officials to take this moment as an opportunity to engage with our members and other community groups on how they will advance a social justice agenda that is truly inclusive of the most marginalized and vulnerable.

Founded in 1990, GAPIMNY is an all-volunteer, membership-based community organization that provides a range of political, social, educational, and cultural programming. We work in coalition with other community organizations to educate and promote dialogue on issues of race, sexuality, gender, and health. Our mission is to empower Queer & Trans API* people to create positive change. http://gapimny.org/