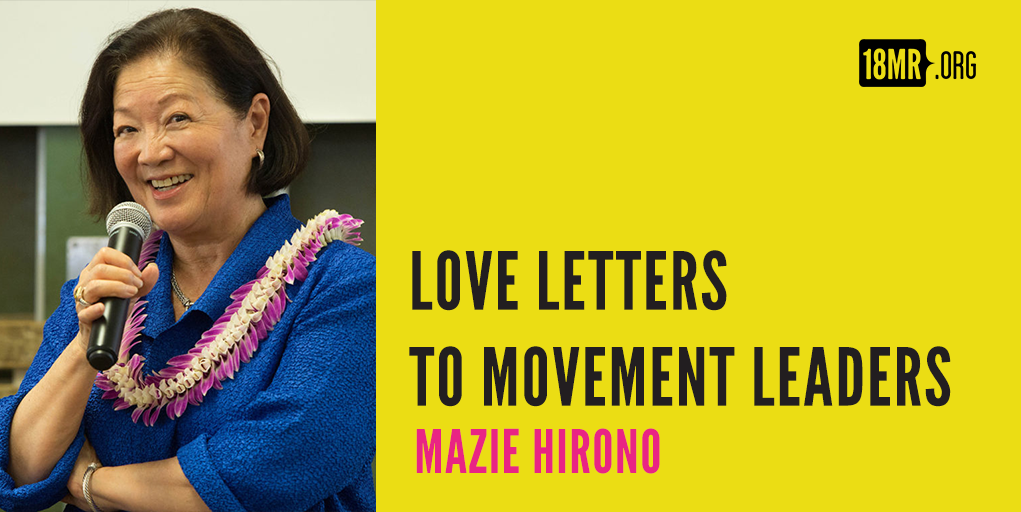 March is Women’s History Month and I’m dedicating this letter to you – and all the Asian American badass women calling out the haters around them.

People underestimate you exactly because you are an Asian American woman. They write you off as the Model Minority - quiet and non-threatening - but you have always been a fighter and unafraid to speak the truth.

In 1994, Ben Cayetano, the Democratic candidate for Hawai’i’s Governor, had the gall to talk you out of running for Lt. Governor because you wouldn’t “help” the ticket.

Of course, you didn’t listen to his mansplaining. You shot back,

“well, that’s all fine and good, but it’s all bullshit. And I’m running.”

I hope he ate his words because you won more votes during that election than Cayetano did. As an Asian American woman, you knew that if you waited around for somebody to pick you, you would never be picked. This is a reality many of us grew up with, but are now unlearning because of trailblazers like you.

When you were elected to the U.S. Senate in 2012, you became the first Asian American woman Senator. You’ve been raising hell ever since. 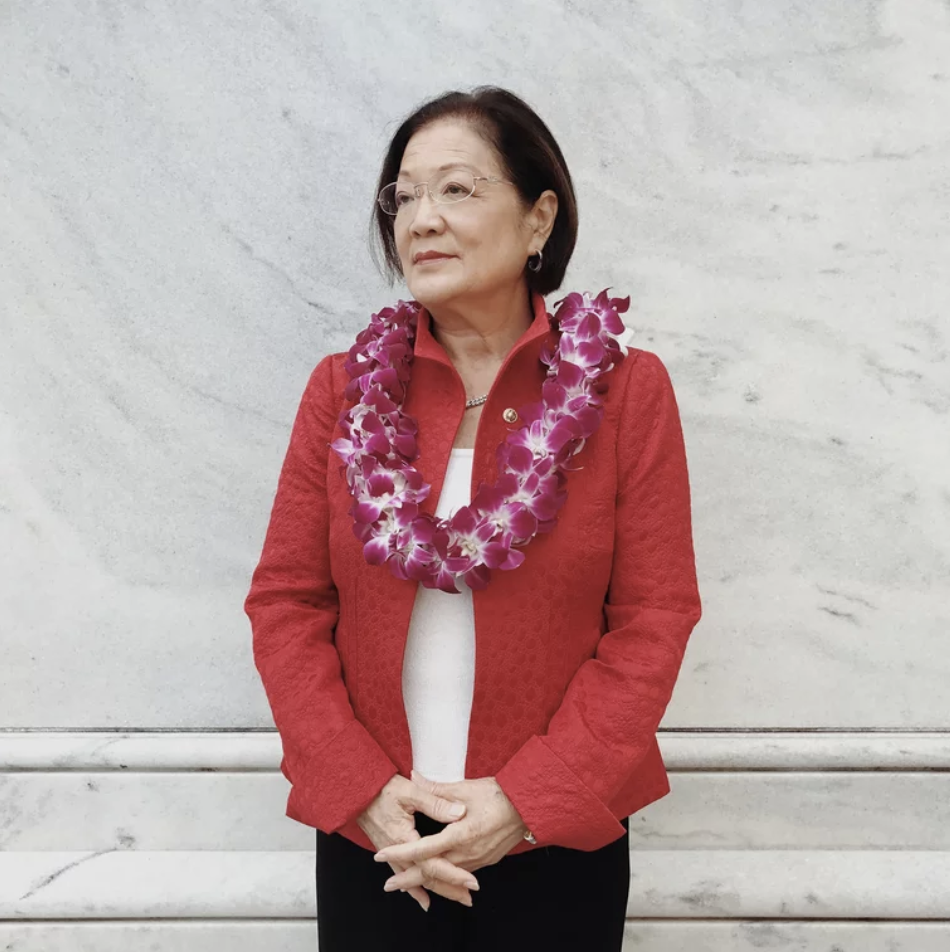 ABOVE: Mazie Hirono by Luisa Dörr for Time

While you were fighting Stage IV kidney cancer in 2017, there were multiple attacks by Republicans to repeal healthcare. Only 10 days after an excruciating operation to remove part of your rib and a kidney, you were back on the Senate floor for the vote to save healthcare.

While John McCain hypocritically received healthcare benefits for his cancer treatment - while wanting to gut it for everyone else - you called out the bullshit around you. You demanded of your Senate colleagues, “Where is your compassion? Where is the care that you showed me when I was diagnosed with my illness?”

While McCain was lauded for his vote, it was your resolute opposition to healthcare repeal that should be remembered. Women of color are too often left cleaning up the mess left by self-important white men. You’re a fierce advocate for sexual assault survivors and are the only senator to ask every nominee if they’ve been accused of sexual misconduct or have ever signed a nondisclosure agreement. If they’ve lied, it’s now on the record.

During the confirmation hearing of Brett Kavanaugh, you called out the mistreatment of Christine Blasey Ford. Like all of us, you want judges who are fair, qualified and “care about individual and civil rights.” You added, “if that’s considered liberal, as opposed to what I call justice and fairness, as I am wont to say, ‘Fuck them!”

The phrase quiet rage has been used to explain your work ethic, and I think many Asian American women can relate. The word quiet seems loaded with the expectation that women, and Asian American women in particular, not make a scene. But, it also refers to the simmering rage and resilience within us caused by the many unjust experiences we suffer and witness.

As you put it, “I’ve been fighting these fights a fucking long time.” Because of your dedicated work for our many communities throughout your career, more of us are inspired to speak out. We are grateful for your leadership, and will fight alongside you for a progressive vision where Asian American women are seen, our opinions heard, and our ideas valued.

Thank you Mazie fucking Hirono for not listening to anyone’s bullshit. We are grateful for you and your work.