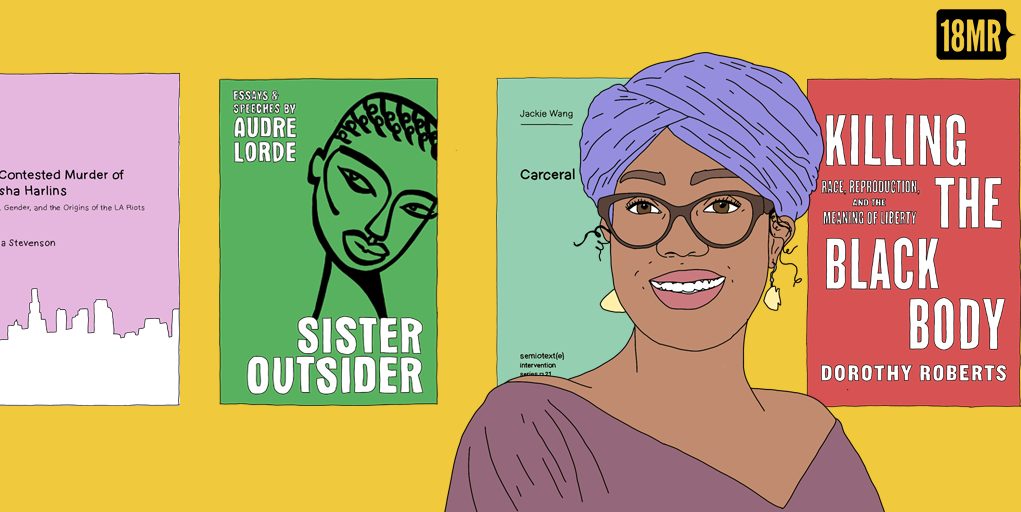 To honor Black History Month, we are reflecting on how our work in the Asian American movement is deeply inspired and formed by the leadership of the Civil Rights and Black Power movements in the 60s and 70s, as well as the Third World Liberation Front, the fight for ethnic studies, and more. The Asian American movement of today is shaped by paths blazed by Black Lives Matter, the Movement for Black Lives, and many others.

In this spirit, the 18 Million Rising team is collaborating with Asha Grant, founder of The Black Women’s Library - Los Angeles to share some of our favorite Black History Month readings. They ground us in our work in creating a more just and creative world where our experiences are affirmed, our leadership is valued, and all of us have the opportunity to thrive. 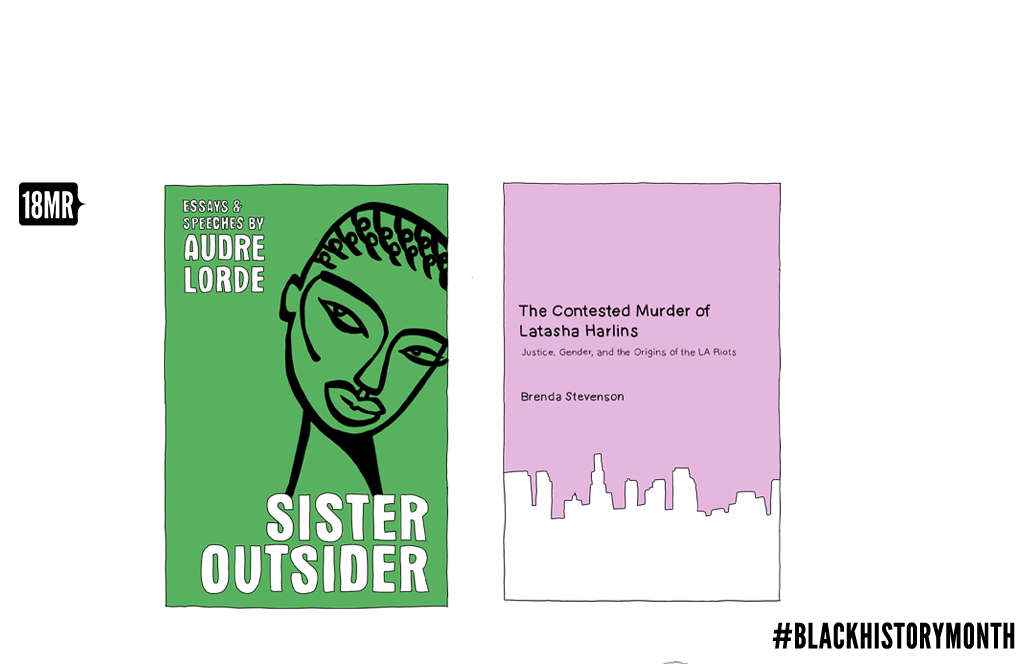 The Contested Murder of Latasha Harlins: Justice, Gender, and the Origins of the LA Riots by Brenda Stevenson. This book documents the catalyst of the Los Angeles riots of 1992–the outrageous community service ruling for Korean shop owner, Soon Ja Du who murdered 15 year old Latasha Harlins after assuming she was stealing orange juice in her store. It is required reading for those interested in the critical role of intersectionality in movement work, anti-blackness internalized patriarchy in the U.S. judiciary system and within communities of color, accountability, and further context for the #SayHerName movement.

Sister Outsider by Audre Lorde is foundational. Sister Outsider (1984) is a collection of essays, speeches, and interviews by radical Black queer feminist poet, writer, and activist, Audre Lorde. Relevant selections for those beginning their political and activist journey include the following: “The Master’s Tools Will Never Dismantle the Master’s House”, “Age, Race, Class, and Sex: Women Redefining Difference” and “The Uses of Anger: Women Responding to Racism”. 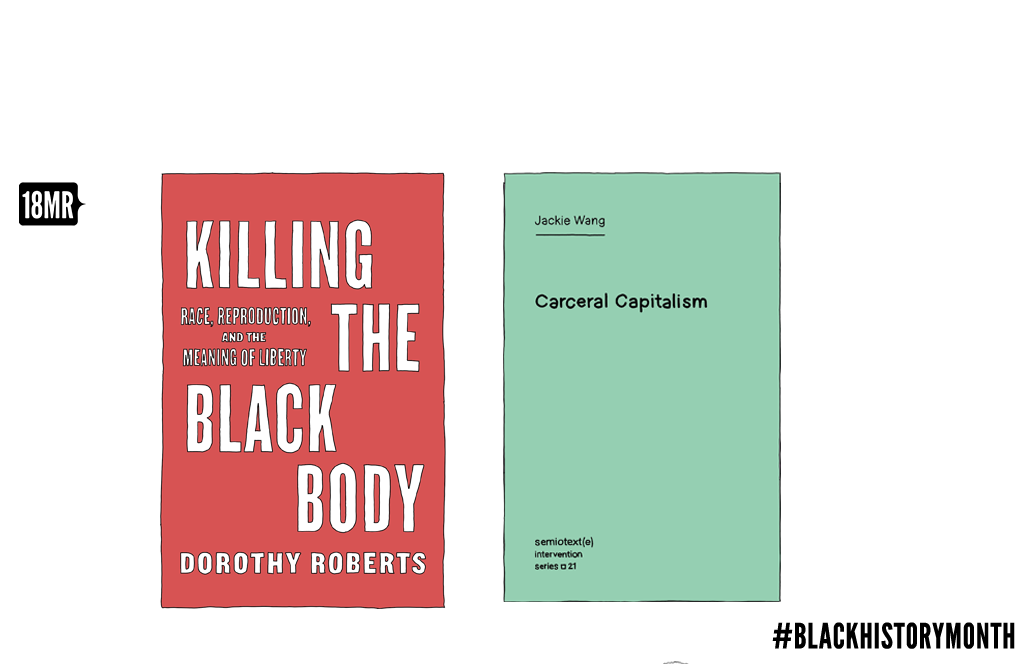 Carceral Capitalism by Jackie Wang. Written by Jackie Wang, “a student of the dream state, black studies scholar, prison abolitionist, poet, performer, library rat, trauma monster, and PhD candidate at Harvard University,” Carceral Capitalism is a dense but poetic dive into contemporary incarceration. From predictive policing to the debt crisis, Wang’s book does the work to explain every aspect of digital carceral infrastructure and how it perpetuates racialized mass incarceration.

Killing the Black Body: Race, Reproduction, and the Meaning of Liberty by Dorothy Roberts.Even though this was first published in 1997, two decades later it is still a relevant and critical text in understanding America’s systemic abuse of Black Women’s bodies and the exclusion of Black women’s reproductive needs in mainstream feminist and civil rights agendas. Roberts argues that we cannot move reproductive justice forward without a racial justice lens. Before reading her book, you can get a taste of Robert’s work in her TED Talk “The Problem of Race-Based Medicine.” 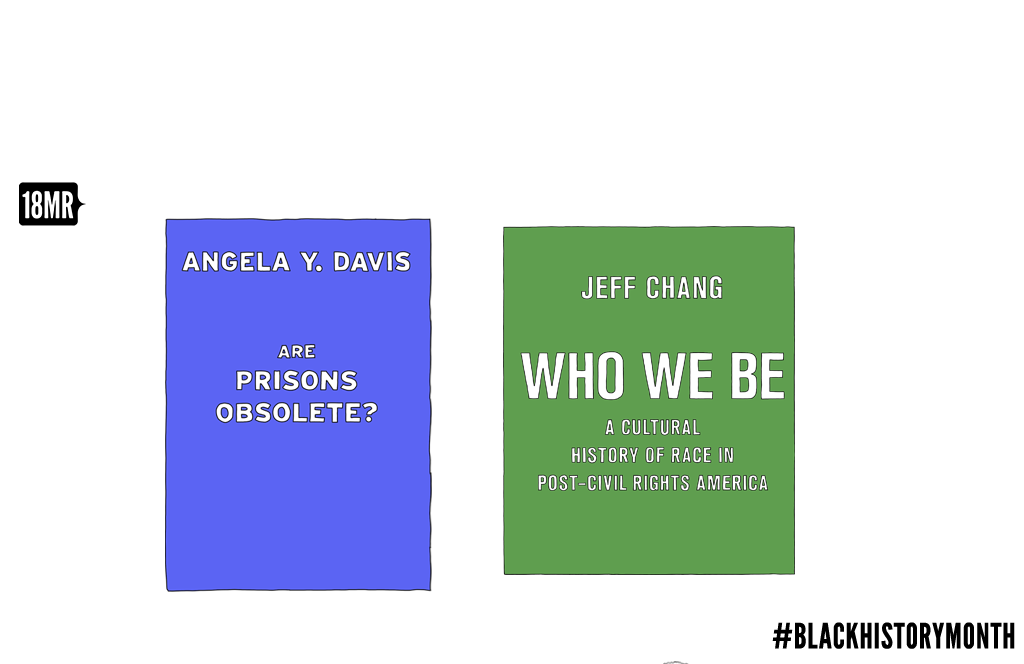 Are Prisons Obsolete? By Angela Y. Davis.This was the first book I ever read that really laid out the genealogy of the American prison from the plantation to hyperincarceration. It’s a tight, well-researched book that will give you the pith of Dr. Davis’s thinking about the birth – and hopefully eventual death – of the prison, and the stake we all have in abolition.

Who We Be by Jeff Chang. Jeff Chang is best known for his history of hip hop, Can’t Stop Won’t Stop; Who We Be is an almost lyrical history of race in the 20th century united states through the frames of art, advertising, and politics. Basically, Chang is trying to understand how capitalism, the grassroots, and the avant garde has worked to absorb and differentiate themselves over time, and is a great primer to understand how we got to our current cultural moment around race. 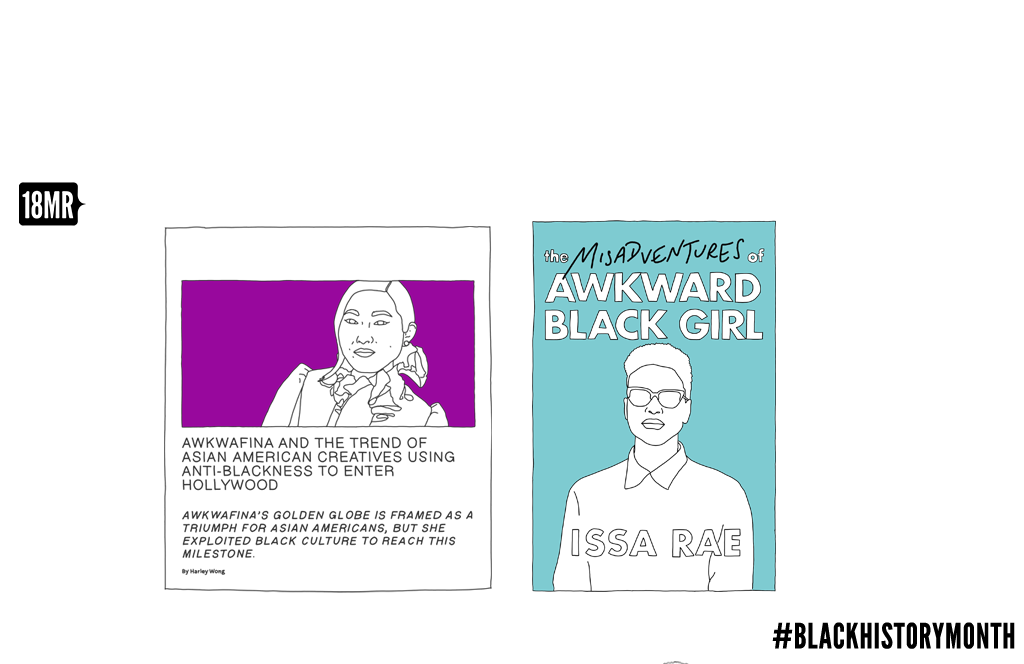 Awkwafina and the Trend of Asian American Creatives Using Anti-Blackness to Enter Hollywood by Harley Wong. We need to talk about Awkafina’s meteoric rise in entertainment. Awkwafina’s use of AAVE and on-and-off-again Southern accent as Peik Lin in Crazy Rich Asians launched her as a star, at the expense of Black people. Don’t confuse having experiences of oppression and love of hip-hop as a pass on performing Blackness in a way that Black creatives can’t in Hollywood.

The Misadventures of Awkward Black Girl by Issa Rae. We are blessed to be living in the golden age of television to witness the creative genius of Issa Rae. When the world is on fire, her sharp wit and hilarious insights about growing up on the Internet as an awkward teen reminds me that there’s still joy to be had. This is also a reminder that so much of our culture is created by Black folks, and there’s a difference between consuming and supporting it versus appropriating it.

The Case for Reparations by Ta-Nehisi Coates This is my go-to text for a concise history on how black American’s wealth and labor has been systematically and violently exploited, extracted, and dispossessed over America’s 300 year history. As a mixed race person, I have seen how my black family’s generational wealth has been stolen from predatory lending, redlining, the prison industrial complex, and unpaid medical bills (exacerbated by environmental racism) through institutionalized racism that leaves us generationally poor, in debt, and in prison. Our labor built this racist country. Reparations or bust. Period.

The Next American Revolution: Sustainable Activism for the Twenty-First Century. An amazing gift from Detroit revolutionary and Chinese American Grace Lee Boggs, which she co-wrote at the age of 99. Boggs is a leading example of how Asian Americans can show up for black power, and vice-versa. She was so central to the Black Power movement in Detroit and nationally that the FBI listed her as “probably Afro Chinese.” This book is a love letter to intersectional movements for social, environmental, and economic justice, in Detroit and globally. A true gem for all those committed to the path of revolutionary work. 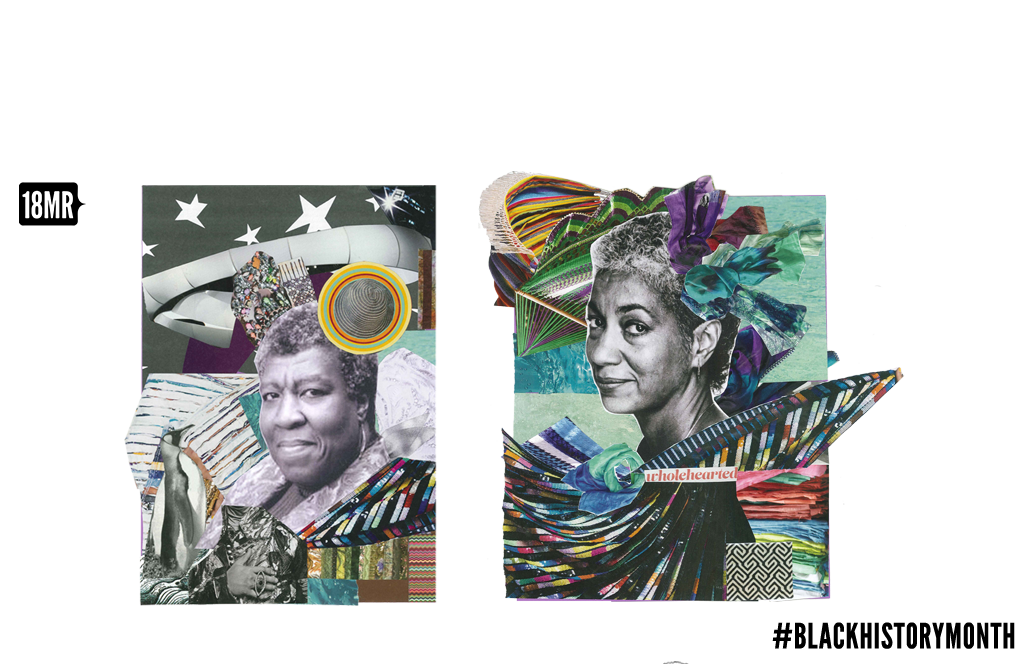 Black Feminist Breathing Chorus: A 21 Day Meditation Experience by Alexis Pauline Gumbs and Julia Roxanne Wallace.This visually stunning project activates words from 21 Black feminists and turns them into daily meditations. Bayard Rustin’s is my daily mantra for 2020: “The power of love in the world is the greatest power existing.” 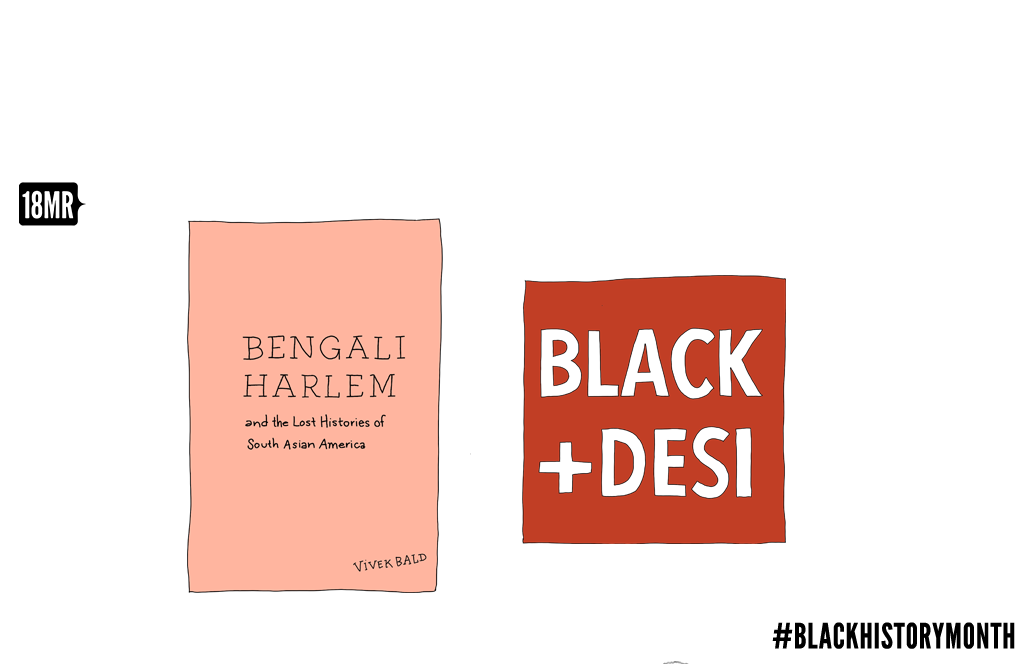 Bengali Harlem and the Lost Histories of South Asian America. In 1924, when the McCarren-Walter Act stopped immigration flow from South Asia, Bengali Muslims were sneaking into the country by jumping off ships and into America’s most iconic neighborhoods of color, from Tremé in New Orleans to Detroit’s Black Bottom, from West Baltimore to Harlem. This book documents this unique history and offers a different perspective to assimilation and cross-racial affinities. 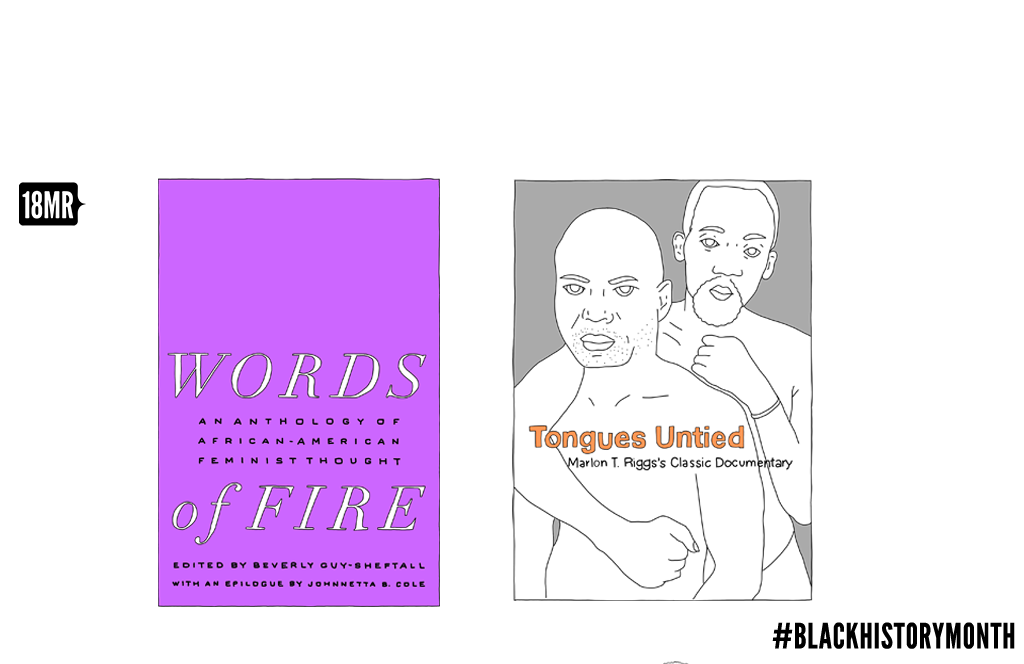 Tongues Untied.Released in 1989, the groundbreaking film Tongues Untied is a tribute to the resilience of Black gay men as they navigate homophobia and racism during the AIDS crisis. As a person who loves queer history, I look to director Marlon Riggs as an archivist of sorts - someone who documented his community with humor, art, and deep pride.

Words of Fire: An Anthology of African-American Feminist Thought.I read a lot of work by Black authors in college because I knew I had grown up in a deeply anti-Black household and sought to unlearn my upbringing. I’m so grateful for Words of Fire for helping me on this journey. It’s an impressive and expansive collection of essays by Black feminist thinkers who have shaped my understanding of gender, sexuality, and race.