Workshop attendees wrote love letters to Patti Waller, a Belizean domestic violence survivor, and Tien Pham, a Vietnamese refugee, handed over to ICE by California Governor Gavin Newsom after they won their release and were granted parole respectively. After decades of incarceration, Patti and Tien are having to fight for their freedom again to stop their deportations by ICE.

Letter writing is transformative. We believe letter writing breaks the isolation that prison walls create and affirms that all incarcerated people deserve care, love, and support. If you missed the workshop, you can still write to Patti and Tien by sending them your own letter.

We were joined by Asian Americans and allies of different generations, ethnicities, and classes across the U.S., Mexico, Bangladesh and even Australia. As first time letter writers to incarcerated people, many attendees expressed appreciation that the workshop offered a way to put abolitionist principles into practice. 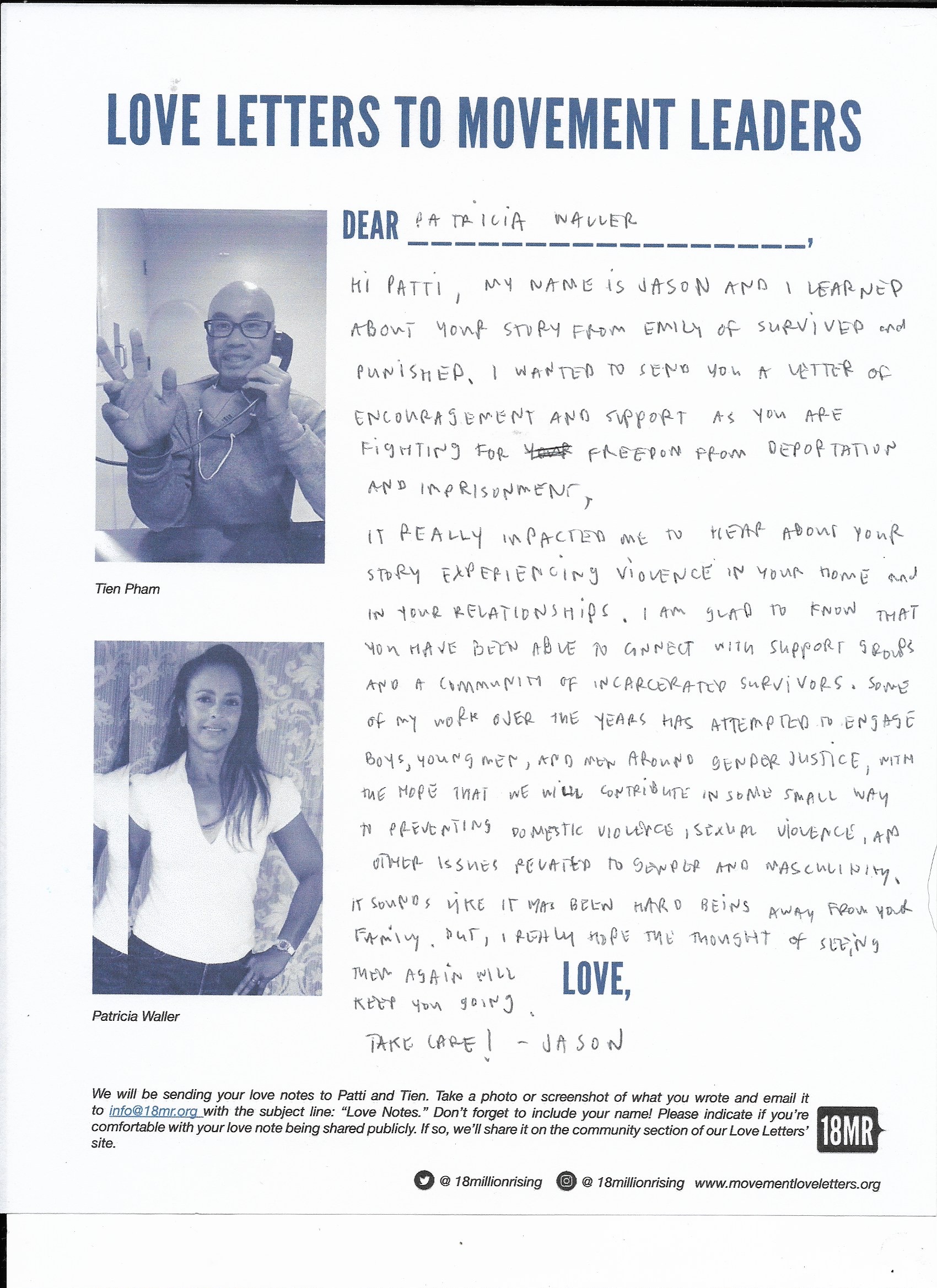 Emily Suh, our co-facilitator from Survived and Punished shared, “It’s impossible to call yourself a prison abolitionist if you’re not writing folks inside. It’s probably the first thing that folks should start with. Letter writing is so significant because it creates opportunity for mutuality between you and the person on the opposite side of the cage.”

The workshop also underlined the prison-to-deportation pipeline for Southeast Asians. 80% of all deportation orders for Southeast Asian Americans are based on old criminal records that have already been served. “I met more Cambodians in [San Quentin] prison than I met in my entire college life. I think that says something – and not a reflection of the character of my community – but that it’s a system built to incarcerate,” said Nate Tan, our co-facilitator from Asian Prisoner Support Committee.

Missed the workshop? You can catch up on the event recording and access the transcript.

If you would like to support the abolitionist organizing of our partners, please donate directly to Survived and Punished and Asian Prisoner Support Committee.

To support future workshops at 18MR, will you chip in $5 to make this work possible?

Resources and Calls to Action:

Want to write to Kanoa? Kanoa Harris (please use “Rae” on the address, but address him as Kanoa)