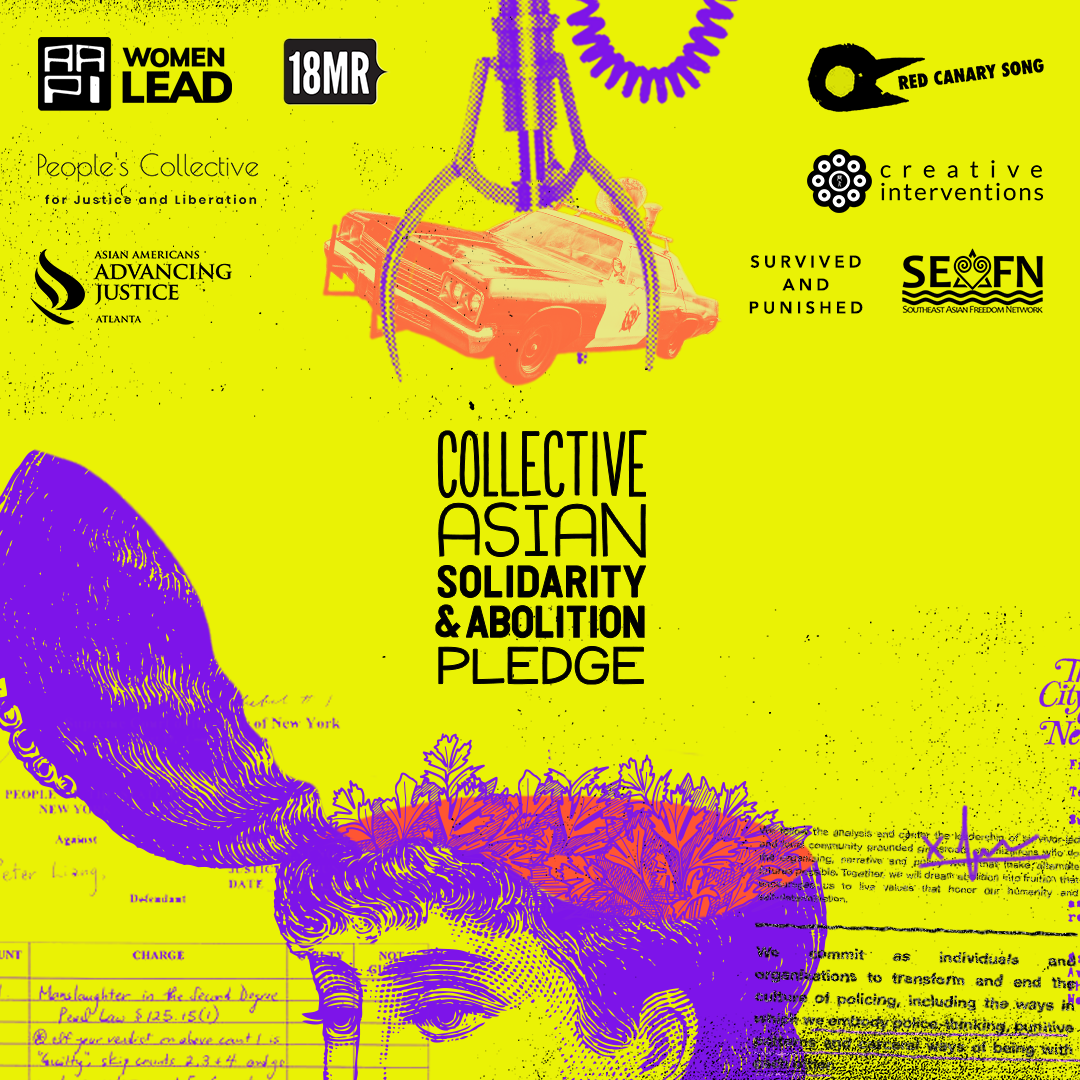 18 Million Rising hasn’t always been an abolitionist organization. Last week, we were reminded of that in a brilliant essay by Tamara K. Nopper, who referenced a campaign from 2014 where 18MR demanded actor Mark Wahlberg not be pardoned for attacking two Vietnamese men in 1988.

Nopper explains that equating racial violence with hate crimes, “normaliz[es] policing and prisons as socially good.” However well-intentioned our campaign against Wahlberg was, it did just that.

Moving forward, we refuse to normalize policing in the fight for justice. We invite other Asian American activists and organizations to join us.

Our campaign relied on the state’s punishment system to hold Wahlberg “accountable” for his attacks – the same system which inflicts trauma and harm across our communities. Since #StopAsianHate has been trending, we’ve seen the passage of the COVID-19 Hate Crimes bill. On the surface, hate crimes laws may appear to protect Asian Americans. But in reality, a response to anti-Asian violence through “tough on crime” law expands the very system where ‘safety’ means military-grade weapons, surveillance, and locking people in cages.

The U.S. already spends $180 billion every year on policing and incarceration. Giving more money and collaborating with law enforcement clearly hasn’t kept Asian Americans safe. More policing in our communities makes us even less safe. What we need is to take that money and spend it on services that actually help our people. The FBI’s own data on “hate crimes offenders” reflect that it is disproportionately used to prosecute Black people. For South Asians, this hate crime legislation does little to protect our communities from the Islamophobic policing of the state itself.

We’re growing a movement of Asian Americans saying no to the prison industrial complex. Join us as we embrace our transformation and create safety, beyond the state.

P.S. - #StopAsianHate means stopping the deportations of our community members. Our friend Lam Hong Le is in danger of being deported on Monday. Here’s what you can do to help.