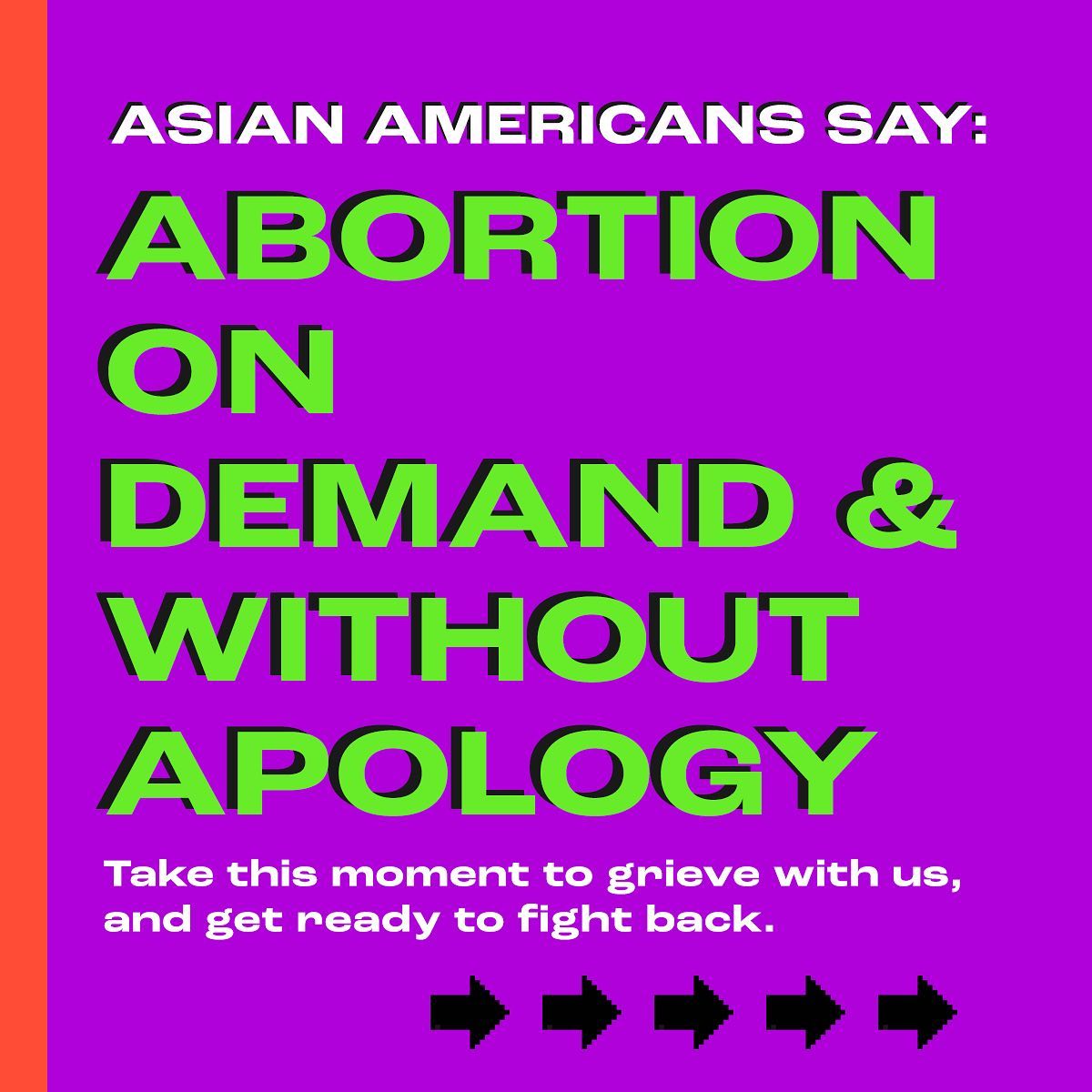 We are angry and devastated. After nearly 50 years, the Supreme Court has overturned Roe v Wade in an attack on our rights and bodily autonomy.

Take this moment to grieve with us, and get ready to fight back.

This decision was a politically motivated and calculated move 49 years in the making. The Supreme Court undermines its own legitimacy when each decision shows us it has become a puppet of the conservative and religious right.

We have seen the power of protest and mass organizing in other countries to institute abortion rights. Like the United States, Chile was ruled by a conservative white political elite out of touch with the rest of society and had a total ban on abortion until 2017. Chilean student, Indigenous, and feminist movements led massive mobilizations in 2019 that led to a new presidency and a new Constitution. Chile included the right to an abortion within its Constitution in March 2022. Within 5 years, Chile, a country which was ruled by military dictatorship until 1990 and far right politics until 2021, showed us that total abortion bans can be reversed.

The fight to protect abortion rights unites us with other people across world. Pew Research shows 74% of Asian Americans support abortion access - the highest of any racial group in the country. Another survey shows 85% of Asian American and Pacific Islander women voters support abortion access. As Asian Americans, we know that conservatives have used Orientalism to demonize Asians and justify their political agenda to invade and colonize our homelands. Now is no different as we see anti-Asian racism used as an axe to chip away at abortion rights in the US.

In oral arguments for Dobbs v Jackson Women’s Health Organization, Supreme Court Chief Justice Roberts said, “When you get to the viability standard, we share that standard with the People’s Republic of China and North Korea.”

US Senator Mitch McConnell has said, “For 50 years, states have been unable to enact even modest protections for unborn children … Judicial activists declared that every state had to handle abortion like China and North Korea.”

They are only two of many conservative leaders who have weaponized anti-Asian racism and fears about communism to promote the dismantling of abortion rights in the US. For many years, Asian Americans have been unfairly policed and questioned about the motivations behind their abortions. Lawmakers have worked to pass “sex selective” abortion bans that racially profile Asian Americans by creating the false narrative that Asian American parents seek to terminate pregnancies in order to favor the birth of male children. Again, this Orientalist and racist move claims to “protect” the lives of girls by vilifying Asians and restricting pregnant people’s access to healthcare.

As Asian Americans, we know that when we fight for abortion rights, we are also fighting for racial, immigrant, and economic justice.

“If it’s obliterated, then we’re not only dealing with an access issue. In a bigger way, we’re also dealing with criminalization possibilities. And that’s a very scary thing in particular for Black folks in this country who are already over-criminalized in so many ways.” - Monica Simpson, executive director of SisterSong

As Asian Americans, we must fight for abortion rights, not only fight to protect our own bodies, but to protect the lives of all communities of color, LGBTQ people, youth, low income people, and others who are disproportionately impacted.

This ruling won’t stop us from helping one another. Because “we keep us safe” means creating a world where abortion is accessible and destigmatized in our communities.

Show your support with a donation to the National Network of Abortion Funds. Your gift will be split between more than 80 funds: nnaf.org/investinabortionfunds